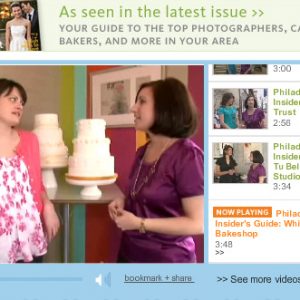 A couple of months ago, a camera crew from TheKnot.com came to the bakery to interview me about our wedding cakes. Well, the video is finally up! We’re now officially part of The Knot’s Philadelphia Insider Guide. W00t! Scroll down on The Knot’s page to see our feature video. Also, […]

We’re proud to announce that we’ve joined forces with RecycleBank to help promote recycling in Philadelphia! What’s RecycleBank? It’s basically a rewards program for recycling. All you have to do is sign up for free, and they’ll send you a high-tech sticker to put on your recycling bin. That way […]

If you’ve been waiting for an excuse to try Whipped Bakeshop, well now is your chance. We’re the featured item on Groupon.com today, and that means you can get $30 of baked goods for a mere $15. Pretty cool right? The best part is that you can use apply your […] 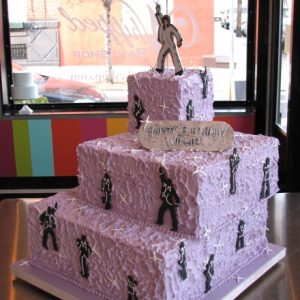 Every so often we get a cake request that makes us want to dance and boogie around the bakery. Well this is one of those cakes. It has John Travolta, a mirror ball, and… many other John Travoltas in full Saturday Night Fever splendor. The client’s favorite color is lavender. […]

We made this sportsified cake for the CEO of a local manufacturing company. As you can see, the birthday boy is a fan of both the NY Giants and the Philadelphia Phillies. Go figure! We had a lot of fun making the little sports details on the fondant-covered cake, including […] 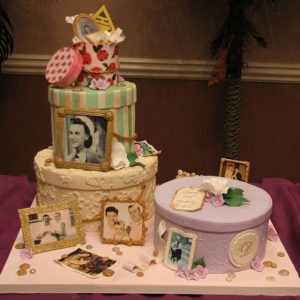 We made this giant cake for a surprise 80th birthday party just after Christmas. The customer wanted the cake to evoke hatboxes full of memories, and she gave us lots of photographs of her mom to include in the design. It took hours to make all of the many edible […] 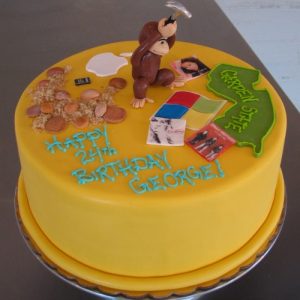 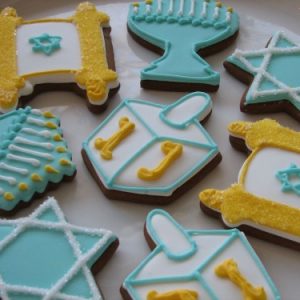 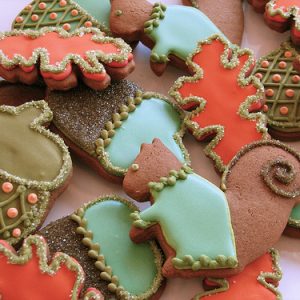 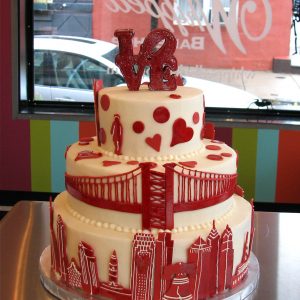